Hinted at in 2021, it has now come to pass in 2022: EA Sports and FIFA have consciously uncoupled.

On the surface, the divorce is amicable. There will be one more game together (FIFA 23) and then the two parties will go their separate ways. EA Sports will keep the game, FIFA will keep the name. But what happens next?

EA Sports moved first, announcing the start of the ‘EA Sports FC’ brand, under which its future games will be released. It was also quick to address the question that immediately popped into the mind of every worried gamer: Will it still be able to use real club and player names?

CEO Andrew Wilson’s carefully-written press release makes mention of EA Sports’ many “partners” in the first, second and fifth of its five paragraphs, before pointedly quoting those aforementioned partners named below as they lined up to swear fealty to the brand. 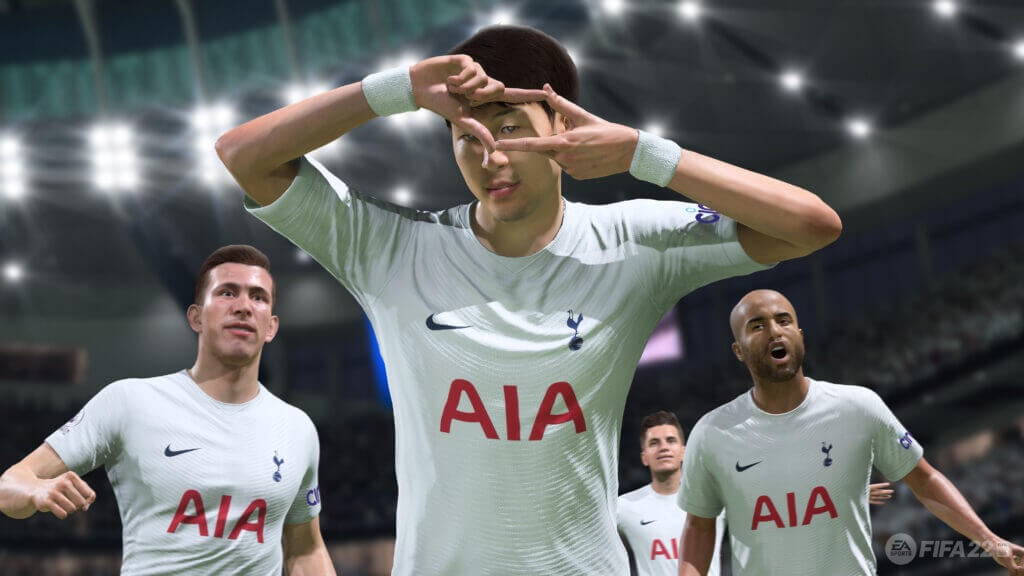 World football’s governing body announced it had “diversified” its gaming rights, that it had new “non-simulation” games planned for the crucial pre-World Cup finals third quarter of this year and that it was “engaging with publishers, studios and investors on the development of a major new simulation football title for 2024”.

“I can assure you,” FIFA president Gianni Infantino says, “that the only authentic, real game that has the FIFA name will be the best one available for gamers and football fans. The FIFA name is the only global, original title. FIFA 23, FIFA 24, FIFA 25 and FIFA 26 and so on — the constant is the FIFA name and it will remain forever and remain THE BEST.” 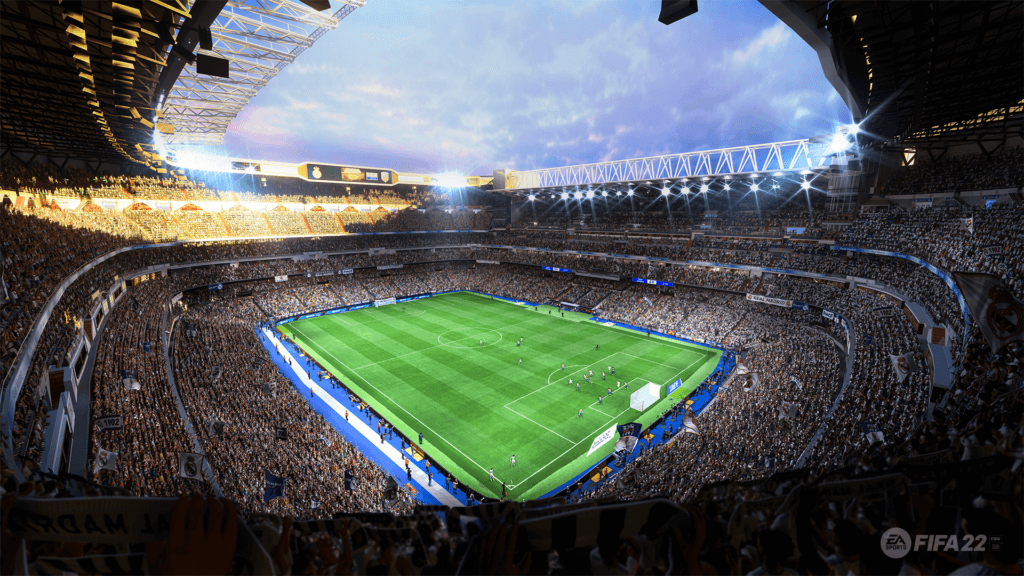 Rarely have so few words offered so very much to unpack.

The phrase “non-simulation” suggests these won’t be either ‘Be the footballer’ games, nor will they take the form of ‘Be the football manager’ games. But what else can you do under the FIFA banner?

Are we talking about a hideously ill-judged Minecraft-style building game, where you have to build as many stadiums in the desert as you can, while as few migrant workers die as possible? Perhaps it’s more of a management game, where the objective is to ruin a perfectly-fine tournament by introducing the four-groups-of-three second phase that was a disaster at the 1982 finals in Spain. We wait with bated breath.

Infantino’s belief that the mere ownership of the word ‘FIFA’ is a guarantee of success in an ever more sophisticated gaming industry is starting.

This is either empty bombast to placate concerned stakeholders or he genuinely believes it, which is terrifying on several levels. If he was president of Ferrari and all the staff left and all the factories burned down and all the blueprints were lost, would he also believe that Ferrari would remain forever and remain the best? 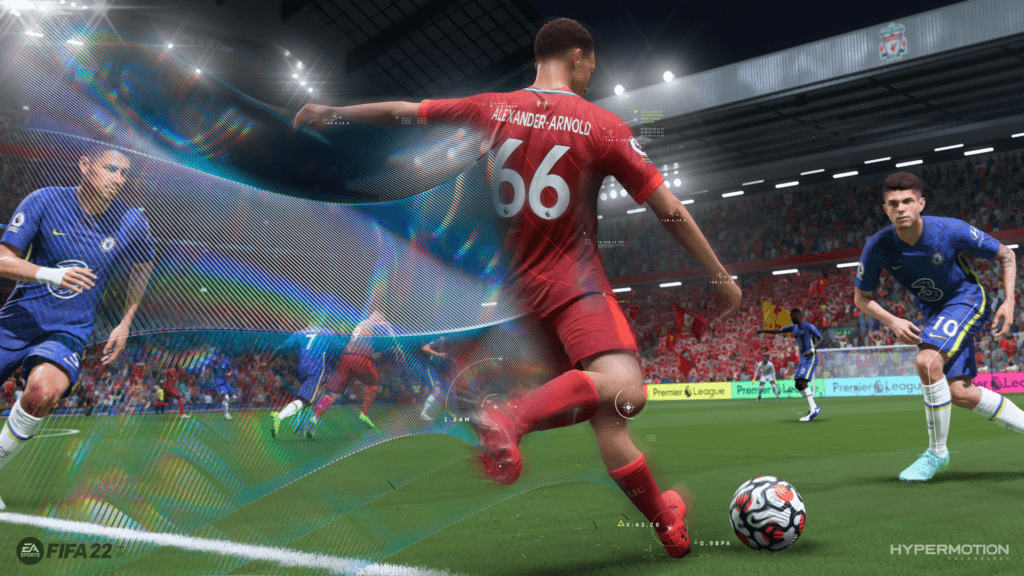 It is unlikely that Infantino knows there is a precedent for this sort of split.

Someone probably should have told him how publisher Eidos broke up with Sports Interactive, the development company behind the Championship Manager series in 2003. Eidos kept the name, Sports Interactive kept the database and match engine — the key components to the game.

It was not an amicable split and resentment simmers to this day.

This was in a time before Facebook and Twitter, and the break-up went unnoticed by many players.

Both parties released their own games and Eidos had the clear advantage of brand recognition. But their Championship Manager 5 was so riddled with bugs that it was nearly unplayable on release. Sports Interactive’s Football Manager 2005 was markedly superior.

Even without social media, it didn’t take long for players to learn which game was worth their money.

It took Football Manager years of steady, organic growth, but they are now the lone superpower of the genre, while Championship Manager has ceased production entirely.

Eidos’ only advantage in that battle, the fact many customers were entirely unaware that this was not the game they loved, is denied to FIFA now by the sheer weight of online coverage in the past 48 hours. 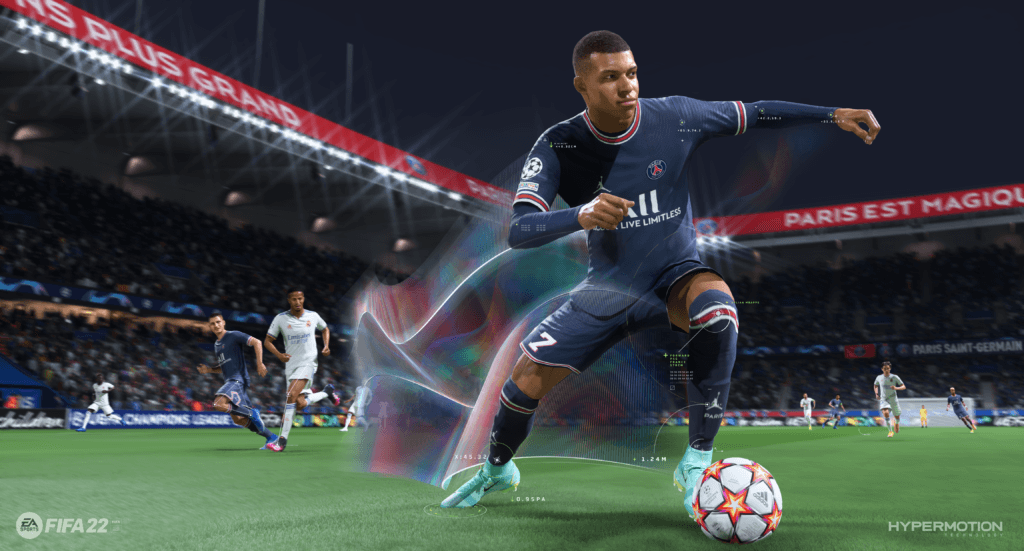 And so we come to the exciting bit: The release of “a major new simulation football title for 2024”.

Let us be clear that competition is good. EA Sports’ polished and popular series could certainly do with it. Its relentless focus on in-game purchases has raised concerns and some gamers feel it doesn’t always offer serious progress from one edition to another.

But competition in this market is hard.

Japanese entertainment company Konami discovered that last year with the troubled release of its ‘eFootball’ game, the much-hyped next generation of the Pro-Evolution Soccer (PES) series.

Konami has been in the video-game business since 1978, the PES series began in 2001 and sold over 100 million units in its various incarnations. Its ‘eFootball’ was a well-meant attempt to counter EA Sports’ dominance with a free-to-play game. Konami had the resources, the expertise and the experience, and still its new game was pilloried on release.

What is FIFA bringing to the party that Konami did not? Aside from the apparently magical power of its name?

FIFA’s best option would be to partner with an established publisher — someone like 2K, which produces the well-received NBA and PGA Tour games. But even a company of that caliber would struggle to build substantial coding, data and quality assurance (QA) teams in time for a 2024 release.

While the story behind this break-up is yet to fully emerge, it is widely thought to be caused by a dispute over how to divide up revenue. EA is believed to be making a third of its $5.6 billion annual revenues from this game alone, and FIFA apparently wanted a much bigger slice.

When EA hinted at a parting of the ways last October, this writer wrongly predicted an eventual compromise on the basis that FIFA would have to be crazy to shut off what was essentially a pipeline delivering free money.

But that’s exactly what it has now done.

FIFA’s only leverage was the threat of making its own game and EA have called that bluff.

Given the cost, both in resources and time, of building an entirely new gaming franchise, this may prove to be an extremely expensive error.

Want more from Iain and his team? Why not check out his podcast — The Football Manager Show sponsored by Livescore — free on Apple, Spotify and all the usual podcast platforms, and of course ad-free on The Athletic.