The most active voters in the Academy Awards’ ”Fan Favorite“ and ”Cheer Moment“ Twitter polls were autonomous web programs, TheWrap has learned

TheWrap has learned that the Academy’s “Fan Favorite” and “Cheer Moment” awards — the Twitter polls allowing regular folks at home to vote online in the weeks ahead of the March 27 ceremony for their own Best Picture choice as well as their favorite movie moment of all time — appear to have been rigged by automated online bot accounts backing the work of “Justice League” filmmaker Zack Snyder.

Become a member to read more.

Two reports from Tweetbinder, a hashtag analytics tracking tool, reveal that the most active contributors to both polls were autonomous web programs that cast thousands of fake votes for Snyder’s 2021 zombie heist film “Army of the Dead” (which ultimately won “Fan Favorite” ) as well as the so-called “Snyder cut” of “Justice League,” the director’s re-edit of his 2017 DC Comics superhero flop (which won “Cheer Moment”).

David Kirsch, a University of Maryland professor who has studied fanbots, agreed that the pro-Snyder accounts “certainly do not look like they were generated by a human user” — though they were on the border of his research team’s cutoff point to definitively declare them bots. 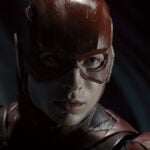 The use of fake bot accounts could explain some weird anomalies in voting patterns that were detected during the “Fan Favorite” and “Cheer Moment” polling — like otherwise inexplicable massive one-day spikes in balloting activity, including a Feb. 27 jump to 25,000 votes after weeks of the daily voting hovering between 4,000 and 15,000.

Telescope, the tabulation firm hired to run the poll, did not respond to repeated requests for comment for this story.

A rep for Snyder also declined to comment for this story.

For its part, the Academy is standing behind its online poll. An insider noted that the fan survey was limited to 20 votes per Twitter handle, barred accounts less than 24 hours old and included votes cast on the Academy website — where “Army of the Dead” also emerged as the clear winner. 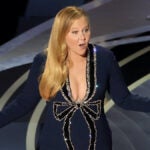 As it happens, this isn’t the first time Snyder-loving bots have been detected online agitating on his behalf, TheWrap has learned. Two years ago, an Israeli company called Cyabra discovered that some 25,000 Twitter profiles agitating on the internet for the release of Snyder’s re-edited version of “Justice League” were, in fact, fake accounts.

Pretty effective fake accounts, at that: Execs at WarnerMedia, apparently believing the trumped-up internet outcry, spent a reported $70 million for Snyder to reshoot and prep his own cut that was ultimately released on HBOMax last spring. 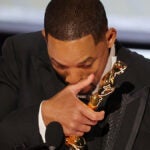