I know I keep Teasing how excited I am about July’s big robotics event, but it’s precisely because of panels like the one we announced earlier this week. We’ve got Rodney Brooks and Clara Vu teaming up for a 2-on-1 fireside to discuss the changing face of human-robot interaction.

It’s a big, broad and important topic, as robotics take an increasingly larger role in our lives. Honestly, I couldn’t think of a better duo to discuss the topic with (that’s the nice thing about running programming for an event). 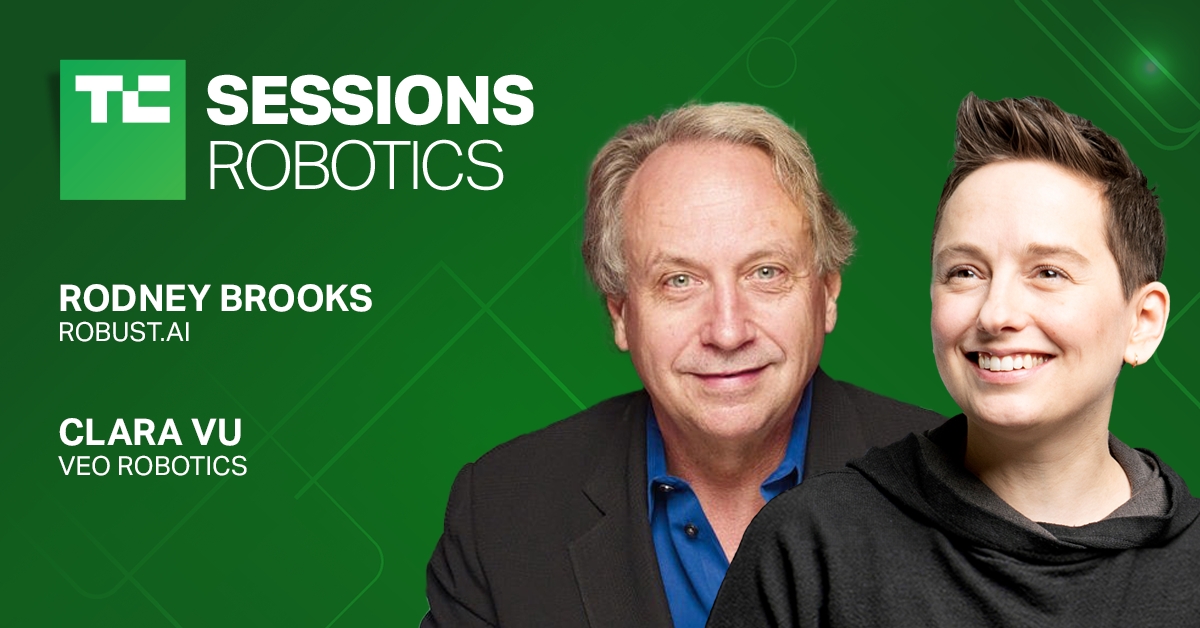 Both Brooks and Vu have appeared onstage at TC Sessions: Robotics in previous years, and I’m psyched to have them in conversation this time out. All right, that’s enough plugging from me this week. 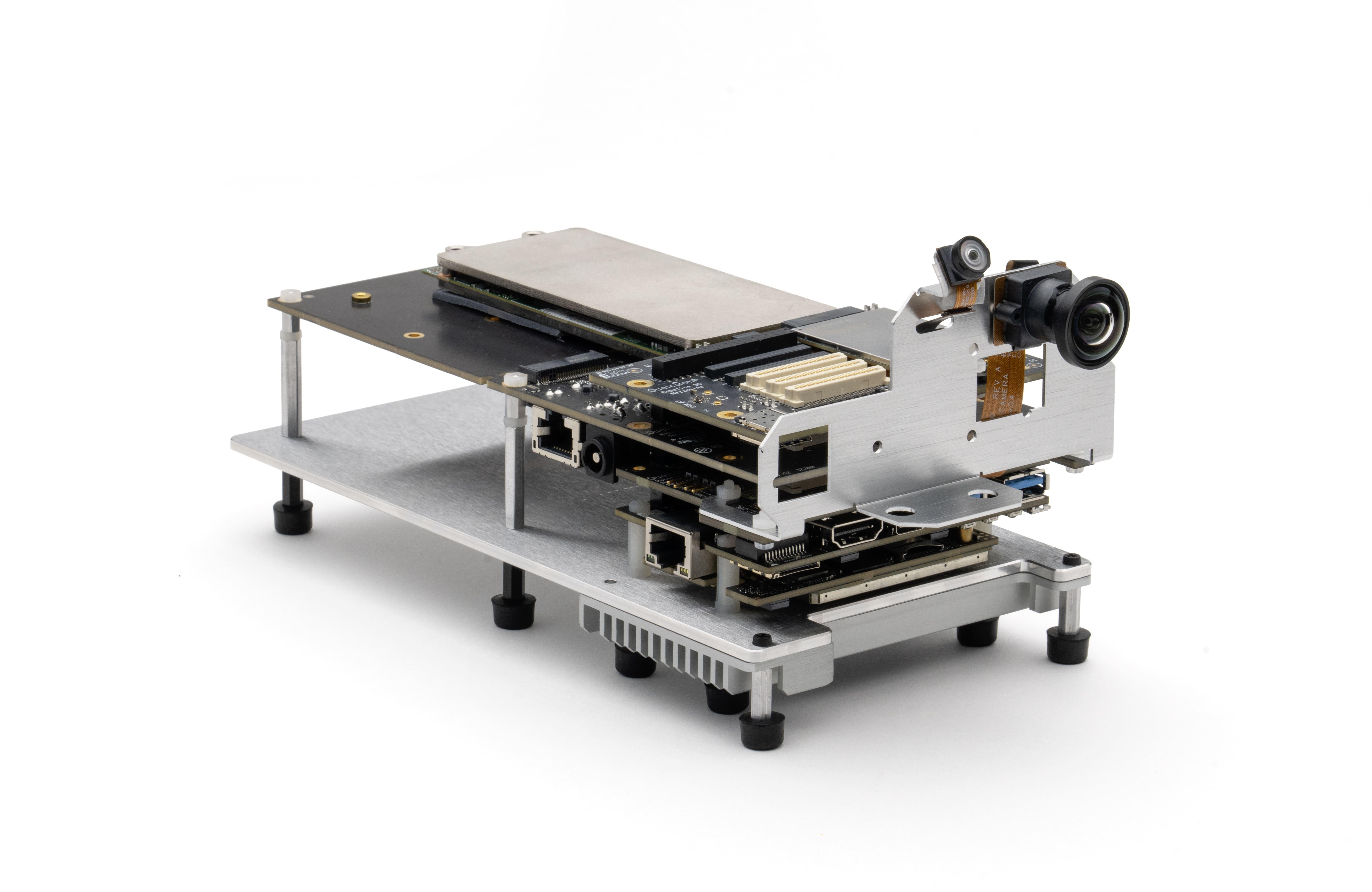 Kicking things off with Qualcomm this week. Unsurprisingly, the company is making a new push into the robotics world this week, in hopes of leveraging its 5G technologies for autonomous robotic systems. The Qualcomm Robotics RB6 Platform is a development kit announced this week at the company’s 5G summit, and the Southern Californian chip maker is casting the net quite wide here, with a focus on drones, delivery robots, collaborative systems and more.

Building on the successful growth and traction of Qualcomm Technologies’ leading robotics solutions, our expanded roadmap of solutions will help bring enhanced AI and 5G technologies to support smarter, safer, and more advanced innovations across robotics, drones and intelligent machines. We are fueling robotics innovations with 5G connectivity and premium edge-AI that will transform how we think and approach challenges and ever-evolving industry expectations in the digital economy.

RB6, which is built on top of the Qualcomm Robotics Platform, arrives along with the RB5 AMR Reference Design to help kickstart robotics hardware development that utilizes the firm’s components. Given the recent explosive growth of automation, it’s clear why companies like Qualcomm, Nvidia and Intel are all making pushes to get in on the ground floor of development.

Some fun research out of Hangzhou, China’s Zheijang University this week. The school is showing drone swarming in a difficult to navigate forest setting. The 10 drones are controlled by a central computer, flying in formation and following human subjects, all while avoiding crashing into trees. 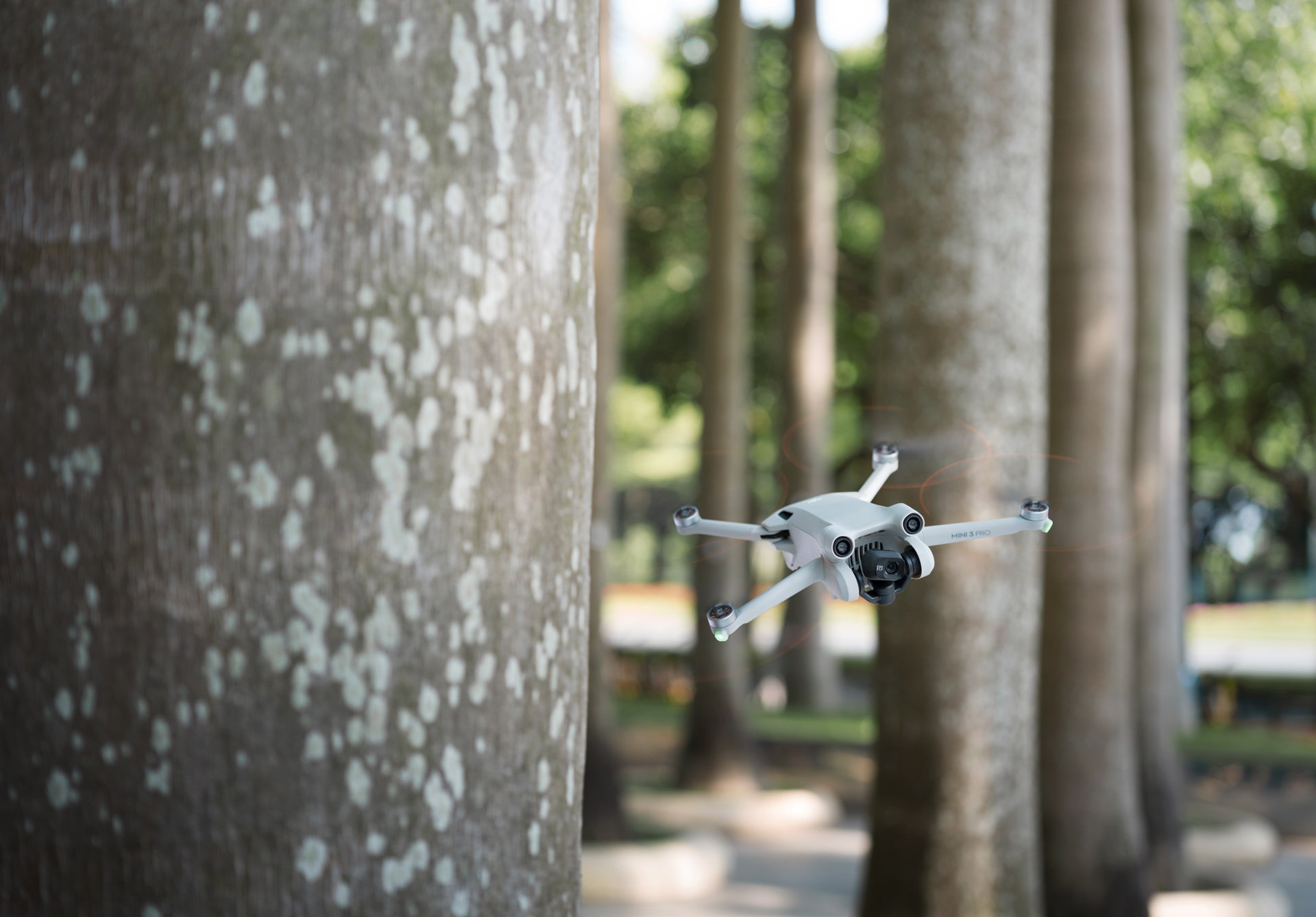 Speaking of crashing into trees, we’ve done our fair share at TechCrunch while testing DJI drones. The company’s got a new version of the Mini 3 Pro, which weighs in at 249 grams. That’s precisely one gram from the FAA cutoff that requires drone users to register their systems. It has been fascinating watching the company iterate on the folding Mavic line over the last several years.

These things are getting impressively powerful at their size, and much as smartphone innovations have created components that have launched several other fields, it seems likely that the work being done in the consumer drone space is going to have a profound impact in the broader automation field. , going forward. Oh, and the new version of the Mini has even more safety features, theoretically making it more difficult to accidentally slam into trees. 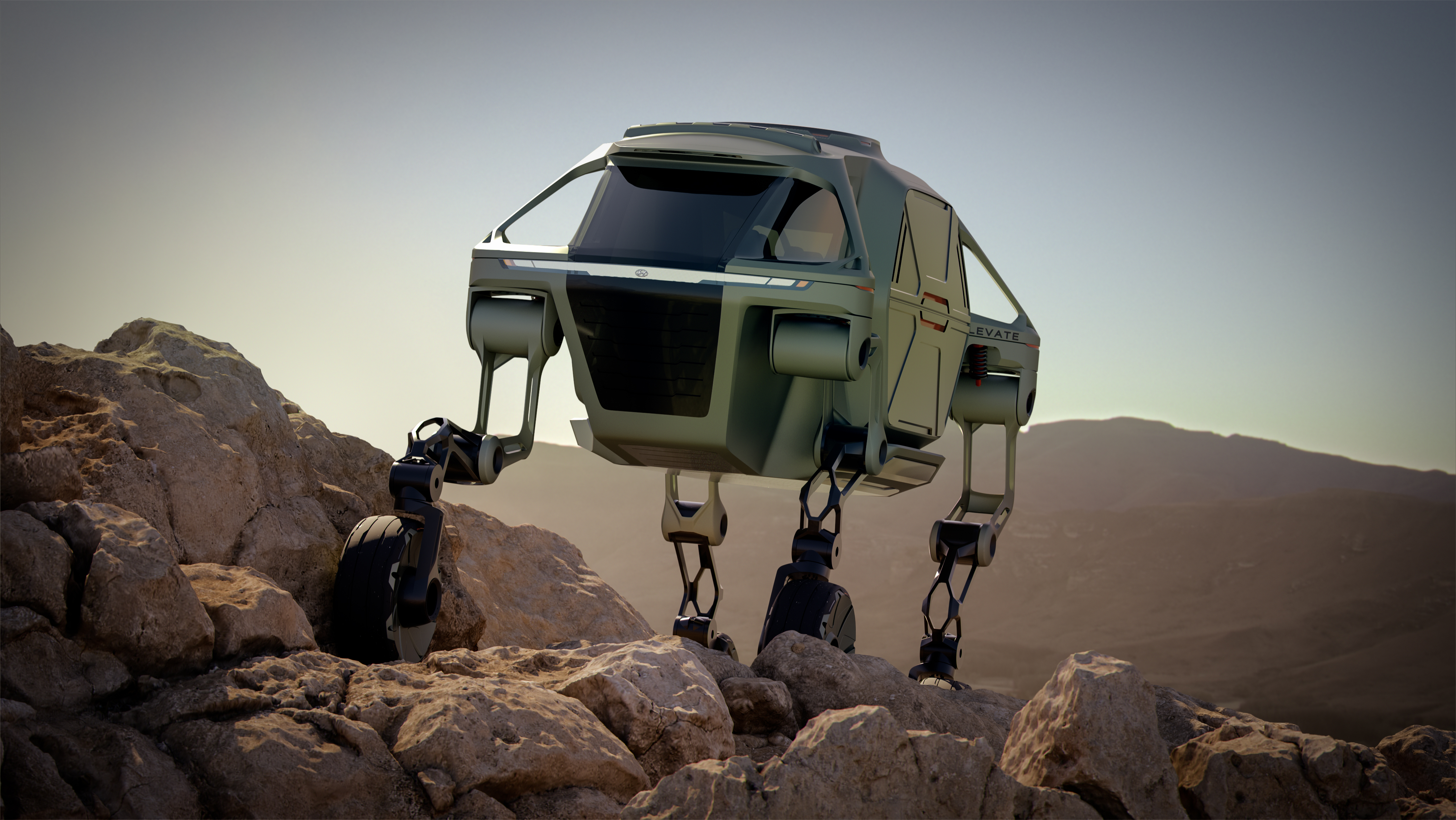 This one completely flew under our radar a few weeks back. Hyundai is recommitting to some of those wild Ultimate Mobility Vehicle (UMV) concepts by launching the New Horizons Studio (NHS). The Bozeman, Montana-based studio will be focused on iterating some of those ideas courtesy of a $20 million investment over the next five years.

As to why the company chose Montana, New Horizon head John Suh says, “Montana is quickly becoming a hub for high-tech companies and entrepreneurs with a growing talent pool of skilled labor in the field of engineering, research and natural science. Bozeman is a thriving and economic micropolitan city. Nestled near dozens of off-road trails with more than 150 miles of terrain and mountain access for UMV testing — it’s the perfect fit for our new R&D Lab.”

As for the concepts the team is working on, Hyundai notes, “The first is an uncrewed transforming intelligent ground excursion robot (similar to what was revealed at CES in 2021) designed to carry various types of payloads while traveling over treacherous terrain. The second, inspired by Elevate, is a larger (size of a two-person ATV) vehicle with robotic legs that can address challenging driving situations and potentially save lives as the first responders in natural disasters.”

This week was a little light on actual funding news, but we’ve got one addition, just under the wire: Eureka Robotics. The Singapore-based firm caused a minor online sensation back in 2018 with its Ikea furniture building robot. Turns out its technology was successful enough to earn it a $4.25 “Pre-Series A” for robots that can drill, inspect, assemble and perform other complex tasks.

The round, which was led by The University of Tokyo Edge Capital Partners, will be used to deploy and accelerate development on the company’s flagship Eureka Controller. The company co-founder, Dr. Pham Quang Cuong, tells Catherine, “while the core technologies are mature and have already been deployed in production, we want to make those technologies really easy to use by System Integrators. Making advanced technologies easy to use by non-programmer engineers is actually difficult.” 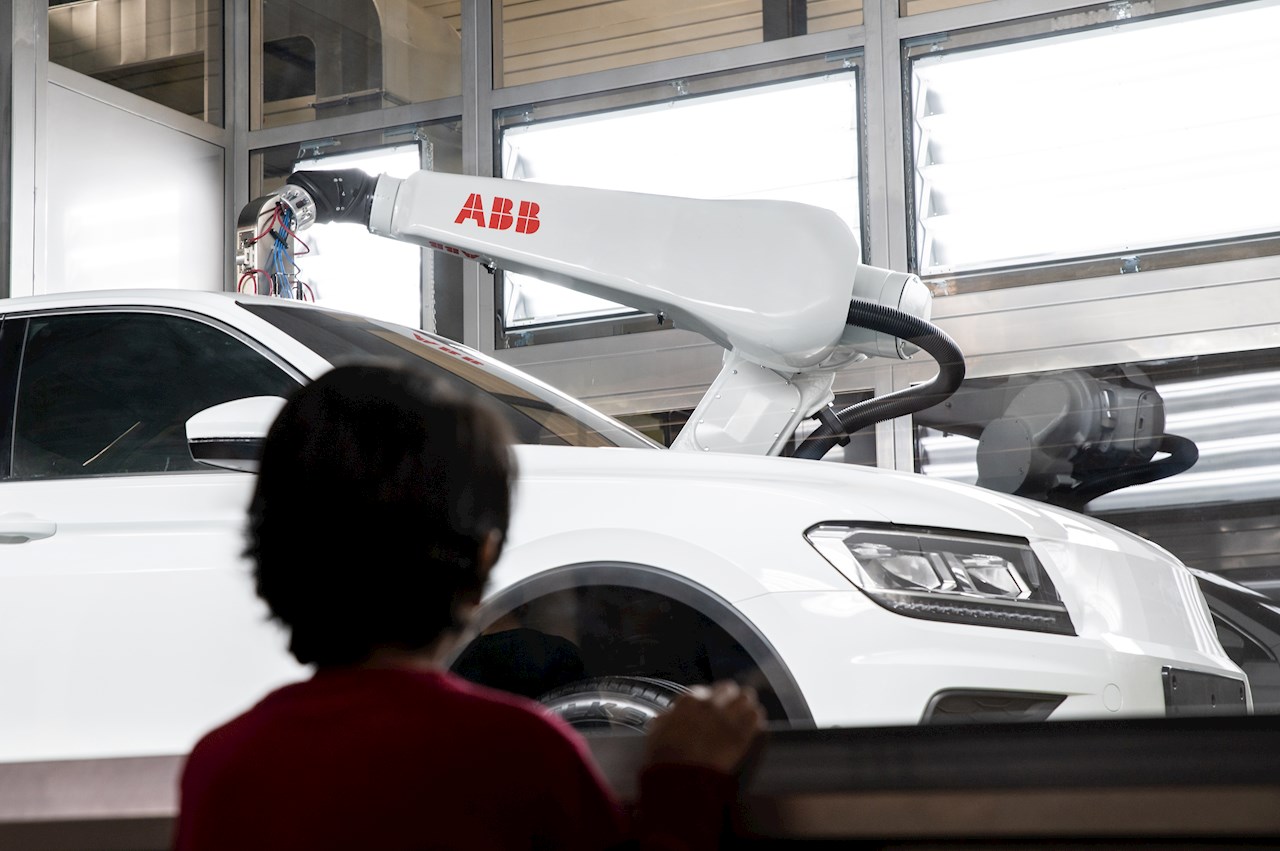 Closing us out this week for good measure is an ABB demo featuring a car-painting robot. Please note:

For this PR stunt, the company collaborated with eight-year-old Indian child prodigy Advait Kolarkar and Dubai-based digital design collective Illusorr, to create the world’s first robot-painted art car. The project is showing off the company’s PixelPaint technology, which is basically an inkjet printer with 1,000 nozzles mounted on an industrial robot.

Fire up that robotic arm and subscribe to Actuator.