Following last year’s makeover of the Google TV app, which added features like movie and TV recommendations, critics’ scores and more, the company today announced at its Google I/O developer conference that, later this year, users will be able to cast TV shows and movies directly from their Android phone or tablet to their TV. The company additionally offered updated metrics related to its Android OS’ growing footprint and introduced new Android OS developer tools.

Google has been working to overhaul its connected TV experience and the companion app since 2020, when it first introduced the new Google TV interface for its Chromecast streaming devices. It also applied the Google TV name to the app that was previously known as the Google Play Movies & TV app. Earlier this year, Google also removed the “Movies & TV” section from the Play Store, noting the Google TV app would be the centralized place to buy, rent and watch movies and TV shows on mobile devices.

The company didn’t provide additional details about its plans to add support for casting to the app, saying those would come closer to launch. But in a photo Google provided, it showed at least one of the supported apps is NBCU’s Peacock.

Of course, the Android TV OS is not a direct equivalent to something like Roku or Amazon Fire TV, as it’s not only used on the company’s first-party devices, like Chromecast. Instead, Google’s strategy is to license its platform to partners, including TV OEMs and pay-TV operators worldwide. Currently, there are over 300 partners using the platform, including seven out of the 10 largest TV OEMs, Google said.

But Google’s 110 million active devices figure can’t be directly compared with the metrics shared by rivals Roku and Amazon.

Android TV OS figures are actually calculated by counting the number of devices that were actively used in a month — which means a user with multiple devices could have those devices counted separately, but a family with multiple people watching on one device would be counted once.

Roku and Amazon define monthly active users as “accounts” that have been active during the month. That means, even if that account streams on several different devices during the time period, it would only be counted once. If Roku or Amazon were to calculate active devices as Google is doing, their numbers would be higher.

In December 2020, Amazon said Fire TV had topped 50 million monthly active users — a number still referenced today on its Amazon Ads website. This January, Amazon also noted it had sold more than 150 million Fire TV devices to bring its metrics more in line with Google’s device claims. Roku, meanwhile, said during it had ended 2021 with 60.1 million active accounts. It updated that figure to 61.3 million accounts in Q1 2022. It doesn’t count active devices. 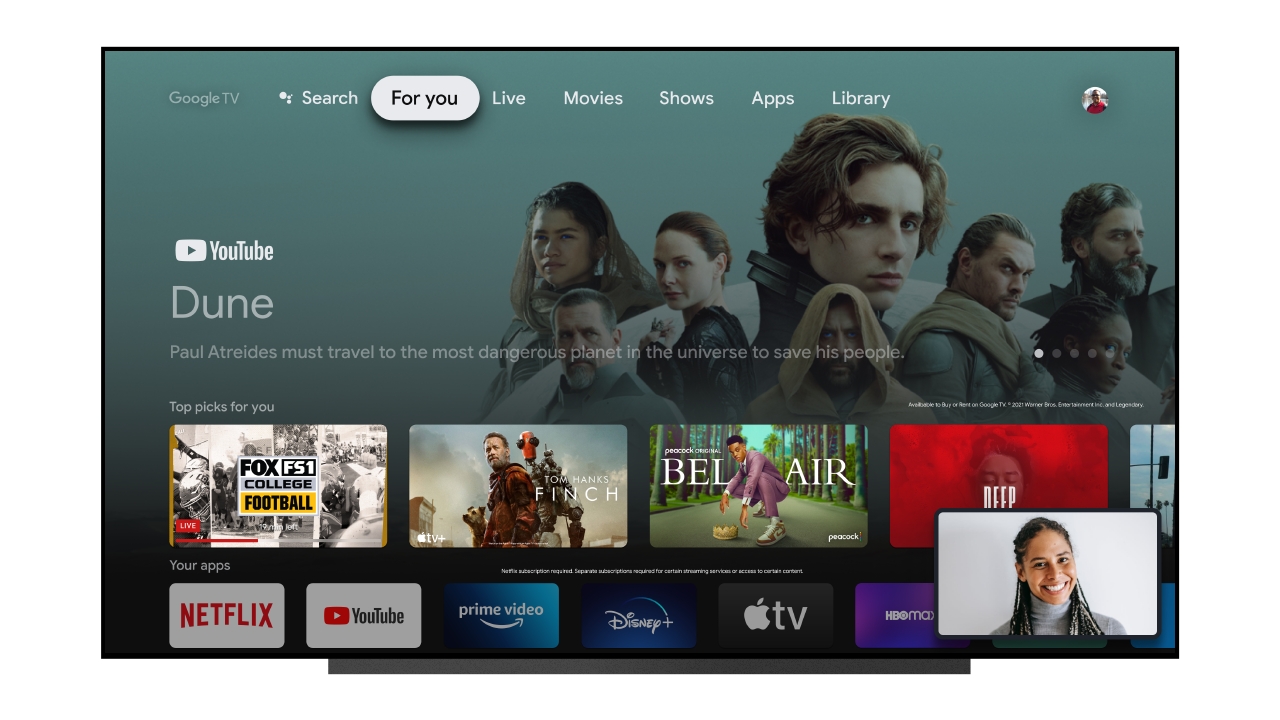 Google also highlighted several developer features and tools on Android 13 related to its Android TV efforts. The tools are focused on performance and quality, accessibility and multitasking, Google said, and include:

The picture-in-picture API is particularly interesting as it could introduce more co-watching functionality across the Android TV ecosystem, following Apple’s introduction of SharePlay, which allows co-watching over FaceTime across platforms, including Apple TV.