It’s Google I/O today and as is tradition, the company is using the event to introduce the latest releases of its Android Studio development environment. Launching today are a new beta of Android Studio Dolphin with features like View Compose animations and Wear OS emulators, as well as a preview of Android Studio Electric Eel, which is now in the early access canary channel.

For the most part, all of the interesting announcements are part of Electric Eel, which doesn’t come as a shock. The marquee feature, I think, is Live Edit, which allows developers to make code changes and immediately see the results in the Compose Preview in Android Studio and in the running app on the built-in emulator or a physical device. 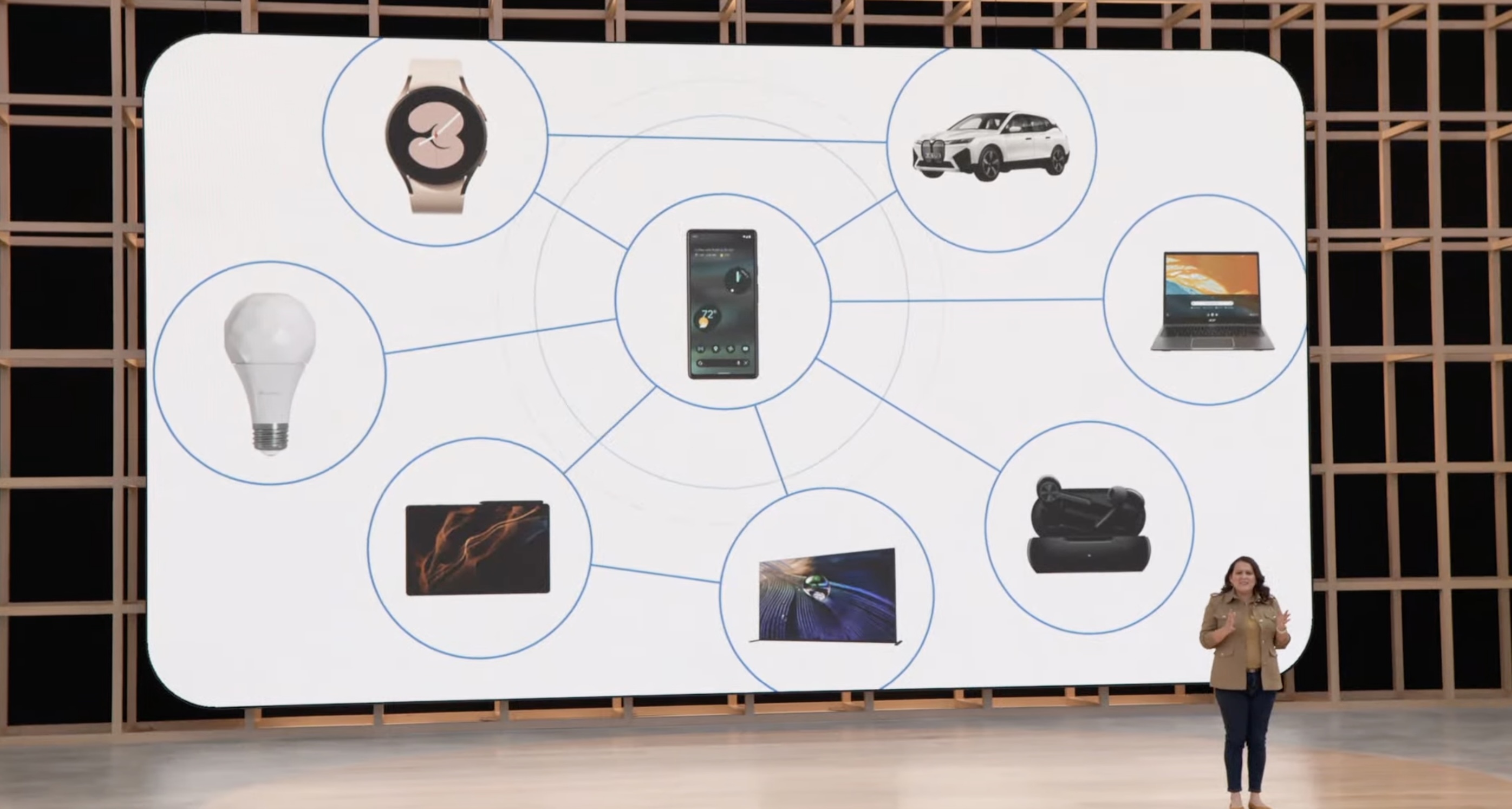 Sean McBreen, who leads developer experience for Android at Google, noted that this is something developers have been requesting for a long time, given that it will allow developers to speed up their cycle times without having to wait to test their changes. I have noted that Android Studio already featured Live Literals, which allowed developers to change small individual values. Now, however, developers will be able to do things like add new functions and tweak the user interface and see the effect of those changes in real time.

Also new in Android Studio is built-in support for Firebase’s Crashlytics, Google’s crash reporting service. Using the new App Quality Insights windows, developers can now see their stack traces right in their IDE and even see which lines of codes are likely to cause a crash. The idea here, of course, is to allow developers to do more of their work in a single application without having to switch contexts.

“A pain point for a developer today is that while they’re getting really good insights from Crashlytics, to see what errors are happening and the events that led up to them, in order for them to debug and reproduce some of the errors and fix them, they often need to switch to a different tool,” Firebase product lead Francis Ma explained. “This is a first big step where we’re bringing the Firebase experience into Android Studio.” 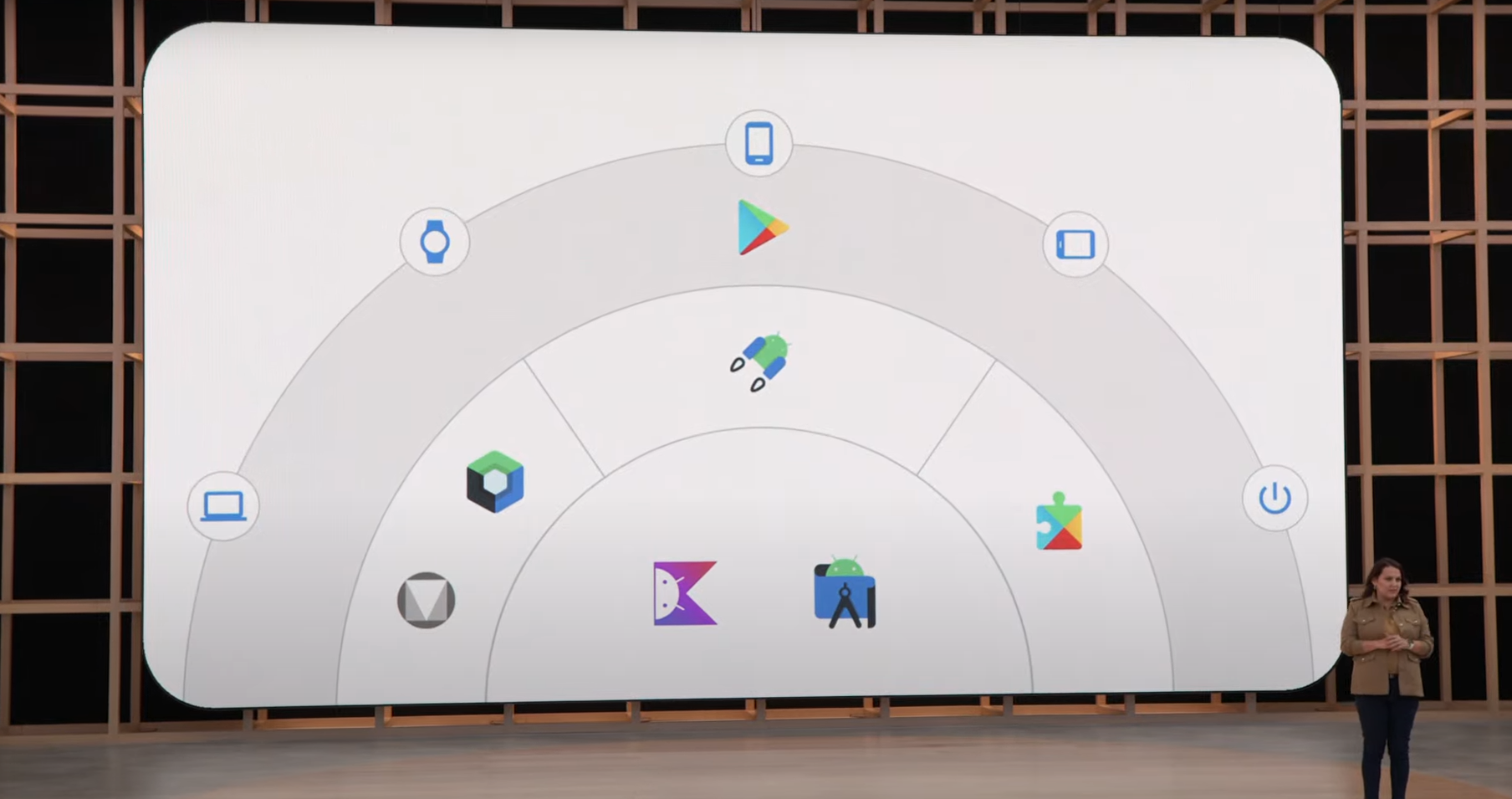 Given that Google today announced both its first in-house smartwatch and a new tablet, it’s maybe also no surprise that Android Studio is adding additional support for large-screen devices, including tablets and foldables, as well as wearables. The idea behind Google’s “modern Android development” is, after all, that developers can learn how to write applications for one form factor and then apply that to all of the other ones. But foldables and wearables introduce their own UI challenges and developers may not always have access to them, so Android Studio now offers developers a single resizable emulator that allows them to quickly test an app on different form factors.

For WearOS specifically, the Android team is introducing a new way to create declarative user interfaces with the beta launch of the Compose UI SDK. A couple of other updates related to WearOS include the ability to see Wear Devices in the Device Manager and to pair multiple watch emulators to a single phone. Android Studio will now also remember these pairings after being closed.

In related news, Jetpack, Google’s suite of reusable Android libraries that aims to help developers avoid (re-) boilerwritingplate code, is also getting a few interesting updates, especially on the user-interface side of Jetpack Compose, the company’s toolkit for building native Android user interfaces. The updated WindowsManger library now supports multiwindows environments for large-screen devices, as well as the ability to adapt apps to the physical state of a foldable device. There is also a new DragAndDrop library that allows developers to accept drag-and-drop data from both inside and outside of their application. That’s obviously an increasingly common scenario on large-screen devices. Both of these libraries have now hit their 1.0 stable milestones.

And talking about optimizing apps for large screens, Google itself is also currently going through a process where it is updating its own apps like Photos, Gmail, YouTube Music and YouTube for large-screen devices. As McBreen told me, the company is working on getting all of its 50 most used apps ready for large-screen devices by the end of the year. “The idea here is that we’ve got to role model to the industry what we want to do, but we also have to make sure our guidance and make sense — and so we’re working through those apps,” he said.