He says he is up for a reunion — but his ex is not.

Kate Gosselin made a poor parenting decision when she alienated three-quarters of her children against their father — according to Jon Gosselin.

The former “Jon & Kate Plus 8” star opened up about his relationship with his ex-wife, and the eight children they share, on the eve of the sextuplets 18th birthday — which marked the end of their years-long custody battle.

“I am free in the aspect of I have adult children now… I have my own businesses and now it’s time for me to move on,” he told ET. 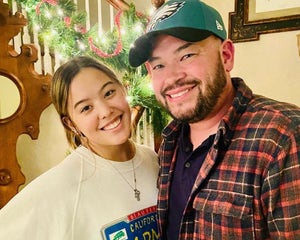 “Dating, moving on with my own life. It’s like starting over pretty much,” he said. “… There’s no more custody court. It’s over. We are done today. It’s over… This weight has been lifted off my shoulder… It is just a big relief.”

As of summer last year, two of the sextuplets (Hannah and Collin) live with their dad, while the other four (Aaden, Joel, Alexis and Leah) live with their mother. The older 21-year-old twins — Cara and Madelyn — are at college…. neither of whom will reply to their dad’s texts, he claims.

According to Jon, communication with the four children who live with Kate is also “very difficult” because he does not have “an open relationship with them”; instead he relies on Hannah as the go-between.

“I have been alienated from those children,” he said. “I feel it’s a really poor decision on Kate’s part, because she alienated me from those kids.”

“I think it was a poor parenting decision. It would’ve been much better if she would have been more open with them and explained things better.”

Now that the children are adults, Jon hopes the kids will figure out who their parents really are and what transpired in the past; possibly including why the relationship broke down in the first place. 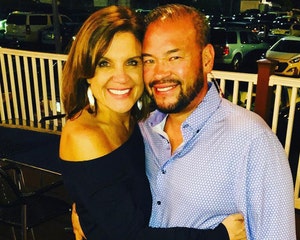 Jon Gosselin and Girlfriend Colleen Conrad Split After 7 Years Together

“Why did the divorce happen? Because a certain person left me for a certain somebody,” Jon claimed.

Both exes accuse each other of having an affair; which each denies.

Despite claiming his ex was the one pushing the kids to film while he wanted to pull back from it, the opposite now seems to be the case; While Jon insists he is “absolutely” up for a reunion, Kate, he says, is against it.

“I asked about this. I wanted to do a reunion kind of thing, but I got shot down amongst Kate and a couple other siblings,” he claimed. “I always initiate. Maybe not a TV meeting, but maybe something else.”

Hannah, who was present for the interview, added “there’s always a possibility” of a meeting.

“The door’s not shut between us, so we still talk about it. So, I mean, maybe,” she said.

She added that she always wished her parents got along better: “It would be nice to stand in a room with them and not think that they hate each other, but it’s fine. It is what it is,” she said. “Things played out how they did. They still both love me, so it’s fine.” 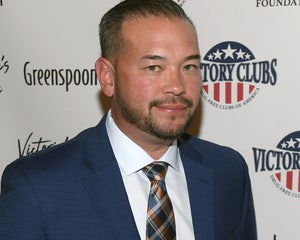