Barcelona’s Frenkie De Jong is one of the Manchester United midfielders are interested in signing this summer, but no deal is imminent.

De Jong helped Ajax reach the Champions League semi-finals in 2019 before he moved to Barcelona in a £75m deal.

United are expected to sign at least one midfielder this summer, with Paul Pogba, Nemanja Matic and Juan Mata leaving Old Trafford.

De Jong has two years left on his Barcelona contract, and their financial problems may mean they are willing to sell this summer.

Talks have been held about a potential deal, but the failure to qualify for the Champions League will count against United if Barcelona decides to sell.

What about Declan Rice? 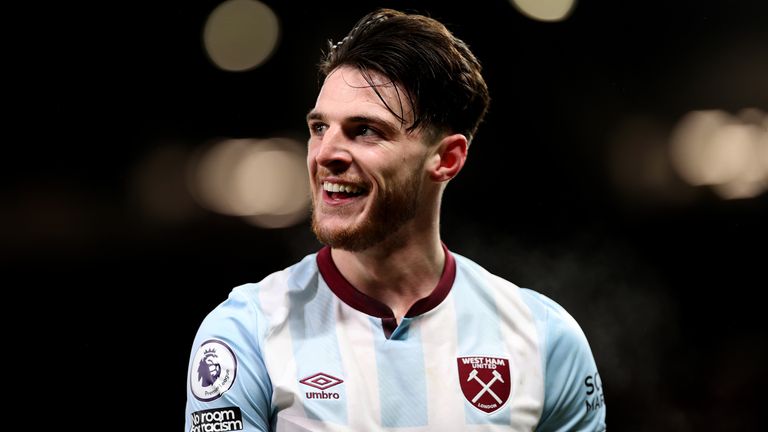 West Ham do not want to sell Declan Rice this summer, despite the midfielder turning down a lucrative new contract offer.

Manchester United are also interested in Rice, but West Ham have shelved talks about the midfielder’s future until the summer transfer window is over after he turned down a contract offer worth £83m.

West Ham are keen to extend Rice’s current deal, which effectively runs until 2025 due to a club-held option in the contract and do not want to let the midfielder go.

United and Chelsea are interested in the England international, who is open to leaving this summer.

West Ham offered Rice a new contract worth £200,000 per week – which would make him the highest-paid player in the club’s history – but the 23-year-old has rejected all offers.

The Hammers would be prepared to sell Rice, who joined the club at 14 after he was released by Chelsea, for the right price in the summer of 2023 if he does not sign a new contract.