Chelsea’s comfortable 3-0 midweek Premier League win at Leeds United means they go into the FA Cup final against Liverpool in good spirits and with a much-needed boost to their confidence.

The manner of the display at Elland Road, as well as the ankle injury that forced Mateo Kovacic off in the first half, will give coach Thomas Tuchel much to ponder as far as who he should start at Wembley on Saturday.

Fortunately for him, The Athletic‘s two Chelsea correspondents, Simon Johnson and Liam Twomey, have got together to talk about the main issues to try to help him out.

See what they have to say, then give us your preferred XI in the comments section.

simon johnson: Well, Liam, it’s felt a long time since we did one of these. Let’s talk formation first. What would you go with?

Liam Twomey: 3-4-2-1. Tuchel won the Champions League last season with this system. It is really the only option. They have played well against Liverpool with it, most notably in the Carabao Cup final in February, which they perhaps should have won.

Johnson: What about the 3-4-one–two he’s been using of late?

Johnson: And it is. I misunderstand a lot of things.

Twomey: 3-4-2-1 is very adaptable, so you can always have someone as the No 10 with two forwards ahead of them.

Johnson: OK, I get your point. Let’s discuss the goalkeeper situation. Despite not being in great shape recently, I think Edouard Mendy has to start. Kepa Arrizabalaga hasn’t featured for a few months. I’d still bring him on if it goes to penalties, like at Wembley in February. There was a lot of fuss made over that decision but Mendy rarely gets close to saving a spot kick.

Twomey: Yes, I agree. He rarely even dives the right way. And it makes no sense to bring Kepa back into the starting XI — you’d essentially be throwing him in cold. He will be out of rhythm.

Johnson: Like you, I think Chelsea have to play with three at the back. This may be the first bit of controversy because I’m picking Trevoh Chalobah to play alongside Thiago Silva and Antonio Rudiger. Chelsea need Chalobah’s pace to help cope with the threat of Luis Diaz. After a tough start in the Carabao Cup final against him, I thought he got stronger as the game went on. Plus, while it is hard for me to say, Cesar Azpilicueta has been struggling of late and I’m worried Liverpool players will be too quick for him.

Twomey: It’s a really tough call, because Azpilicueta is a big-game performer. If there is any match for Chelsea to get one last big effort from him, this is it. Silva is the reason for choosing this system, so he has to play along with Rudiger. 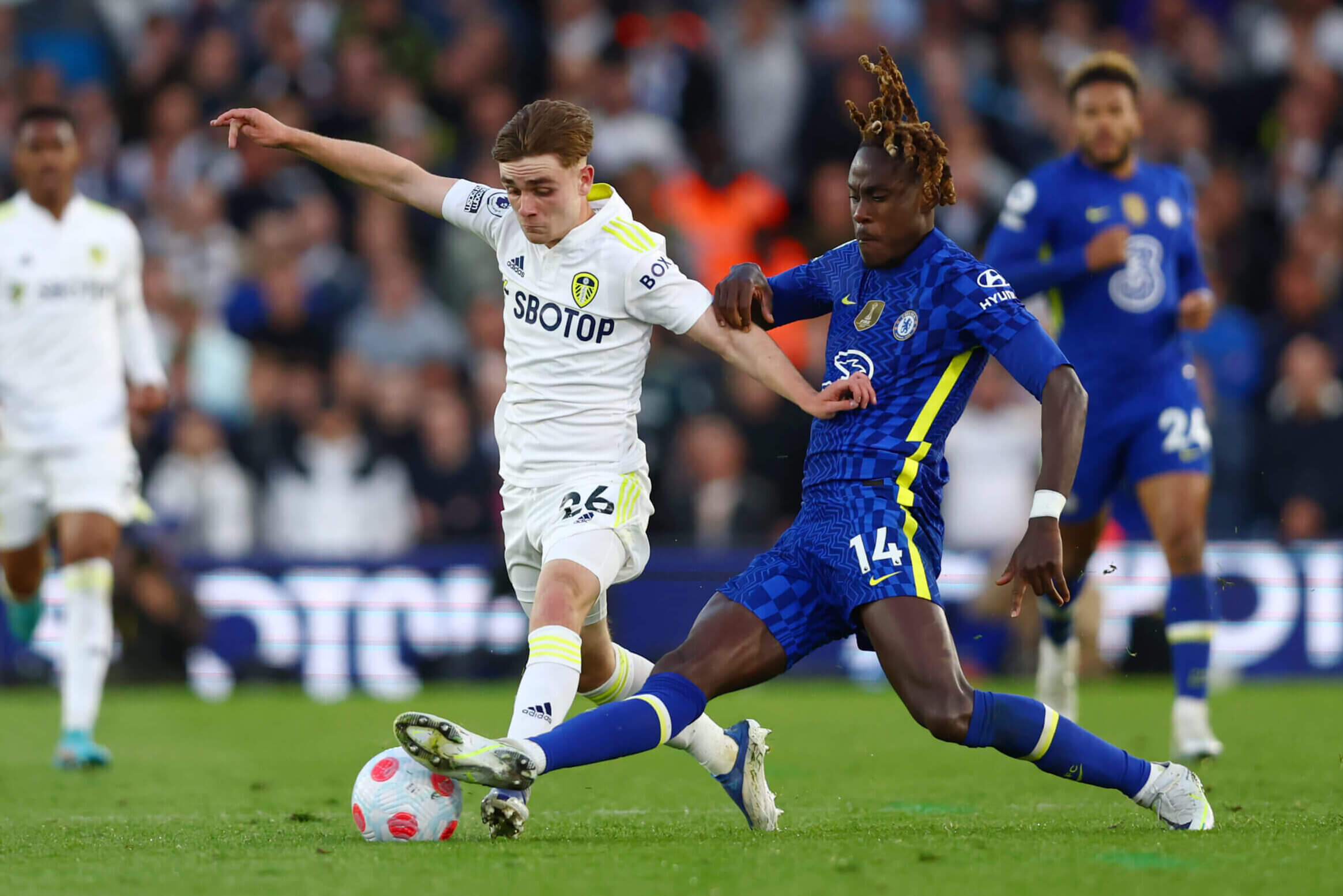 Johnson: Neither of us has even mentioned Andreas Christensen there, which says a lot. Anyway, on to the wing-backs. It has to be Reece James on the right and, as much as Chelsea fans are split on him, Marcos Alonso on the left.

Twomey: For sure. Reece is what’s needed in attack as well as at the back. Chelsea need to pose a threat and James will give Liverpool something to worry about. There is no one else that is really an option to play instead of Alonso. Malang Sarr can’t be trusted.

Johnson: If there are any issues between Tuchel and Alonso, they were put to bed with the latter starting against Leeds. Though basically, Tuchel has no choice but to play him. Let’s hope Alonso plays like he did away to Real Madrid a few weeks ago — one of his best appearances of him in a Chelsea shirt.

Twomey: On to midfield now. Losing Kovacic is an absolute killer.

Johnson: And it is. I asked Tuchel about it in the press conference after the game and he looked, and sounded, gutted. Forget Saul Niguez, it’s two out of Jorginho, N’Golo Kante and Ruben Loftus-Cheek to start. Loftus-Cheek has been doing well and Kante hasn’t been fit for a few games again, but I think you have to go with him and Jorginho.

Twomey: For sure. Kante at his very best is Chelsea’s best player. We haven’t seen that enough this season, but he is needed against Liverpool if Kovacic is going to be missing. Not only is he the likeliest person to turn Liverpool over in the most valuable areas of the pitch, but he can also carry the ball forward with speed.

As long as Jorginho is feeling right, he is the best choice to partner Kante. They won a Champions League final together and have that understanding. Loftus-Cheek can make the kind of driving runs Kovacic does, but he can’t control games and doesn’t quite have the positional sense you need when playing Liverpool.

Johnson: One of the hardest areas to choose is the front three, although Mason Mount has to be nailed-on to start. He was superb against Leeds, is full of self-belief and is one of Chelsea’s top performers.

The big question is who leads the line. I can imagine a lot of readers won’t like this, but my choice is Romelu Lukaku. He has played well in the last two games, scoring three goals, and looks like he’s rediscovered something. I appreciate playing against Virgil van Dijk will be a lot tougher, yet people forget how much trouble he caused the Dutchman at Wembley in February as a second-half substitute. But for a questionable offside decision, he would have won the trophy for Chelsea. Plus, Kai Havertz has been off the pace and rather disappointing since the March international break.

Twomey: It won’t surprise anyone to hear me disagree with you. Havertz should be recalled. Yes, he has suffered a dip, but he will be well rested after being on the bench for the last two matches. Perhaps that’s what I needed. Plus, don’t forget he scored the winner against Manchester City in the Champions League final last May and covers more ground than Lukaku does. When Chelsea have played well against Liverpool, it’s because they have a mobile front three who really press their back four. That’s where Havertz comes in. 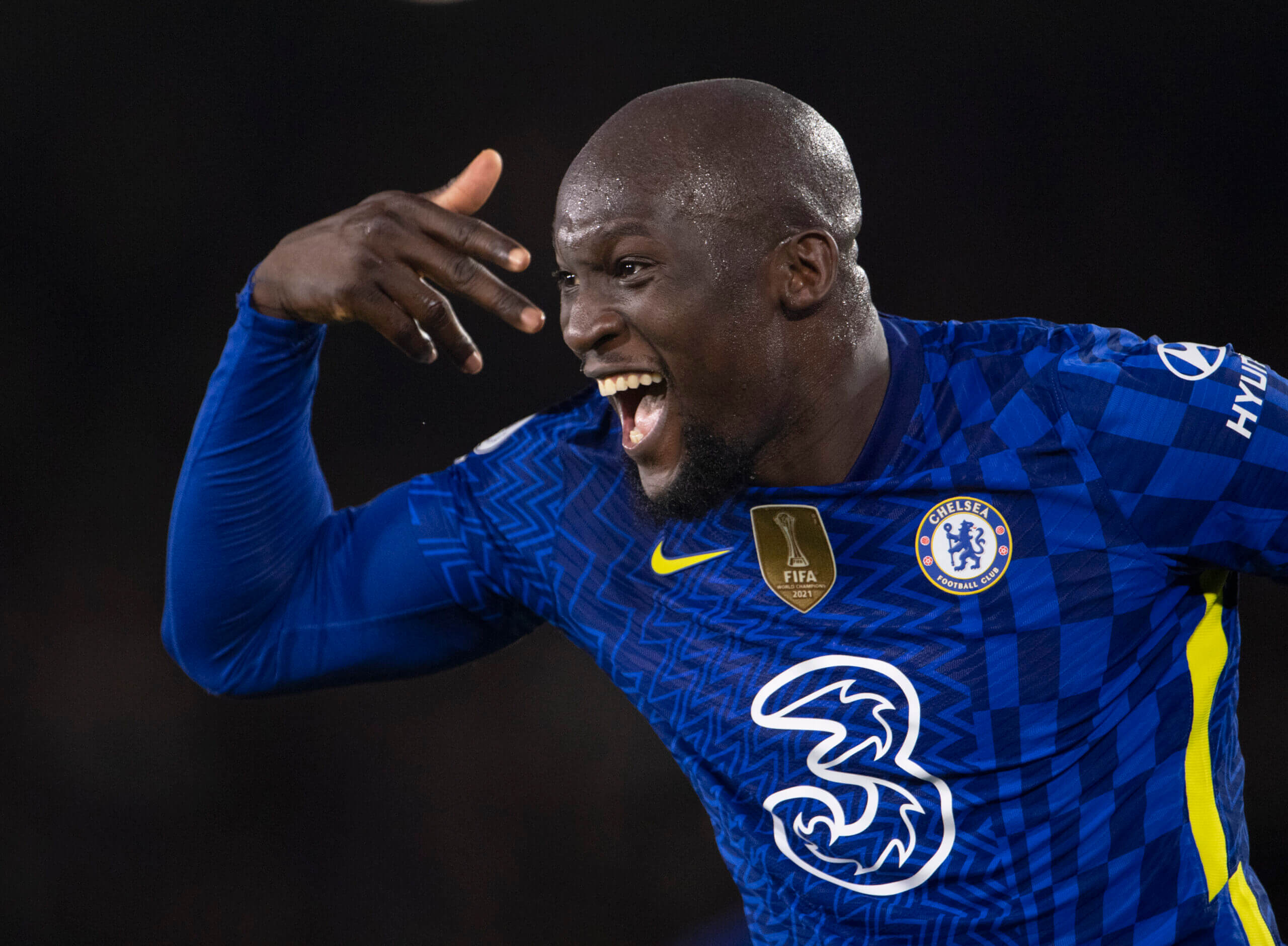 Johnson: I thought you might say that. OK, last pick is for the left of the attack. My vote goes to Christian Pulisic. He isn’t consistent, but he reminds me of Pedro with his knack of getting in the area to score goals. Chelsea don’t have enough of that.

Twomey: My vote goes for Timo Werner. I want the same front three who started the Champions League final. They work together well. There is a natural balance there, because Havertz will drop deep to get away from Van Dijk and Joel Matip and give space for Werner to run in behind. He always stretches the opposition.

Johnson: That means a substitute’s role for Hakim Ziyech. He can do good things going forward; however, he’s not going to provide the ugly stuff you need, the tracking back and so on, against Jurgen Klopp’s team.

OK, Liam, so, can Chelsea do it? I think now having virtually secured a top-four finish with a week of the league season to go will remove some of the tension. They can fully focus on this game and give it their all, while Liverpool might be a bit distracted with the title race and the Champions League final in a fortnight. No one will expect Chelsea to win either, so that helps!

Twomey: I don’t think you can read too much into form going into cup finals. Chelsea have shown they can go into them playing badly and win. They’ve also been having a great season, like when they won the title in 2017 then lost to Arsenal at Wembley. I wouldn’t put it past them to muster one last effort and for this game to be as much of a coin flip as the Carabao Cup final was.