IPEh?! Schalke supporter amazes fans by balancing three pints of beer and a mobile phone on his head… all while fist pumping and cheering on his team

By Isabel Baldwin For Mailonline

A Schalke fan left onlookers stunned as he balanced three pints propped up by his mobile phone on his head during a Bundesliga 2 match.

The German side beat St Pauli 3-2 on Saturday to extend their stay at the top of the second division and secure promotion to the Bundesliga. 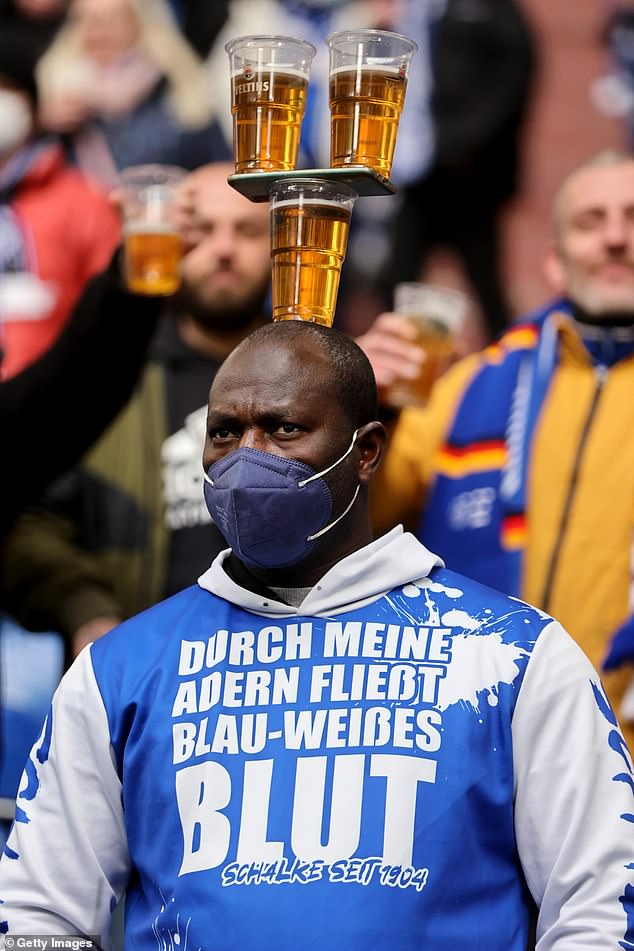 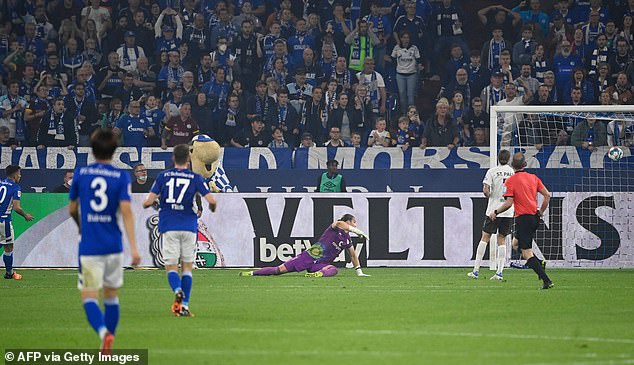 Despite the team’s heroic performance, one supporter managed to steal the show as he kept his composure amid the nail-biting finish to the game.

The fan could be seen placing a pint of beer on his head, before resting his phone on top to create a makeshift platform to balance two more on.

To add to his impressive feat, he was then seen walking around with the pints still balanced on his head and was greeted by his fellow supporters as a hero.

He was rewarded with a round of applause and received fist bumps and pats on the back from the crowd. 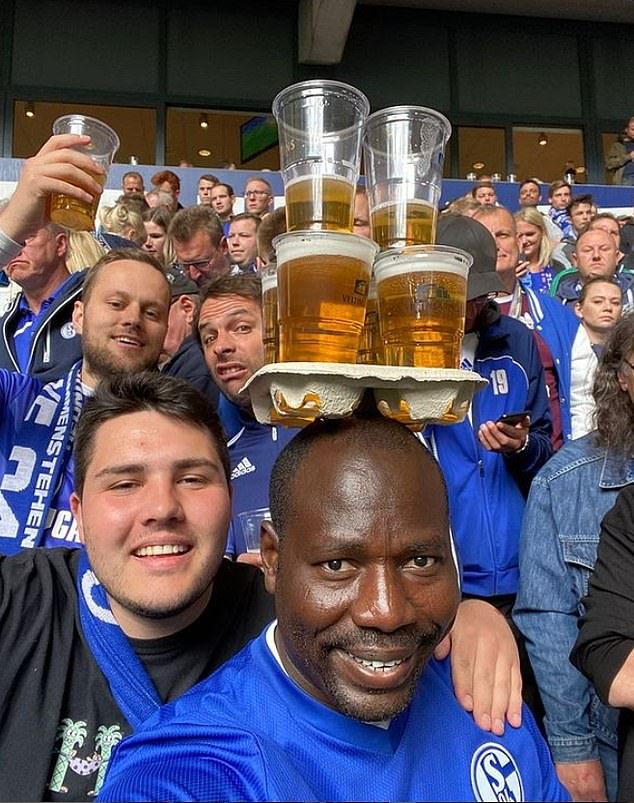 However, this is not the first time he’s attempted the trick as he appears to be a repeat offender.

He has become something of a cult icon among Schalke fans and can regularly be seen at pulling off the balancing act at games, with up to five on top of his head.

He has also been known to ride around on his bike with a pint on his head in Schalke merchandise. 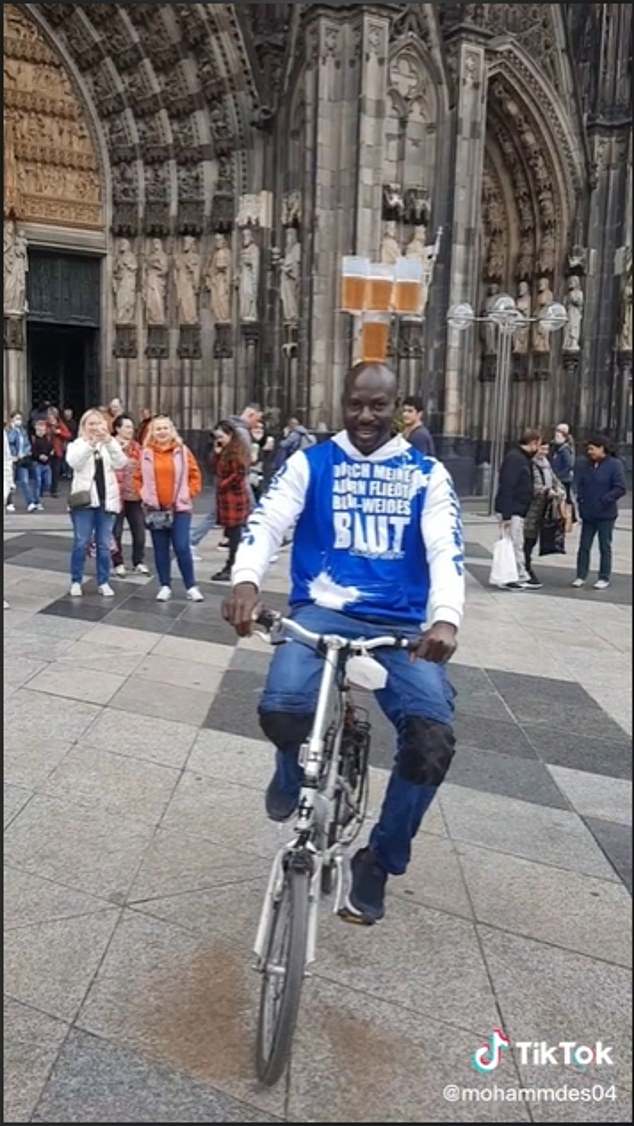 The victory sparked wild scenes from the Schalke support as hundreds of fans filed onto the pitch to celebrate their promotion.

Fans surrounded the players on the pitch and handful who couldn’t make it onto the flooded pitch opting to celebrate from their perch atop the goal.

Meanwhile some players could be seen with pints in their hands – though not their heads. 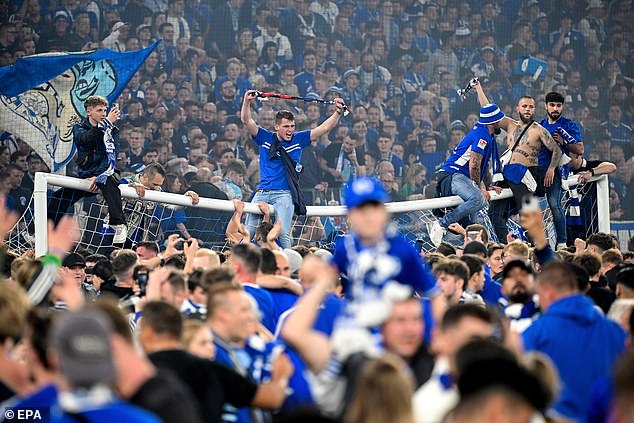 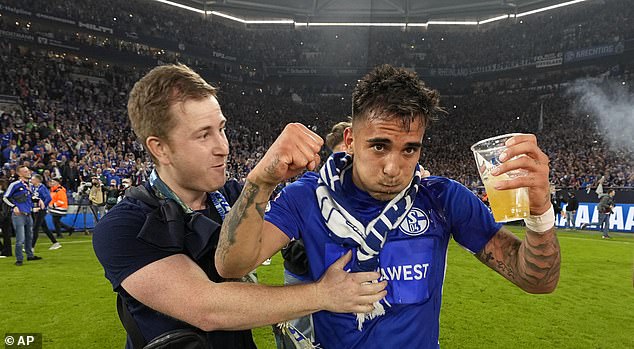 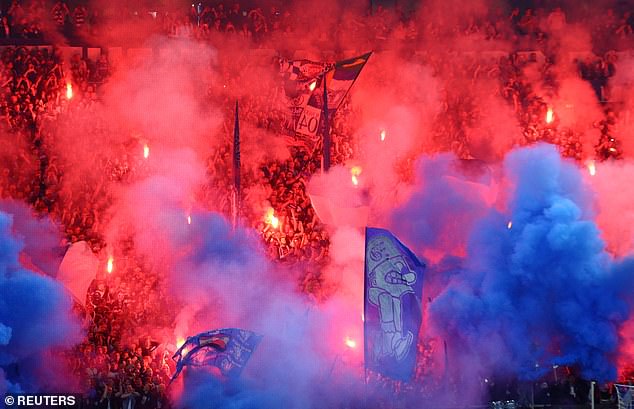 It’s not the first time beer balancing has stolen the show at football games as one Denmark fan was applauded as he made his way back his seat with 12 pints and a hot dog on his head during last year’s European Championship.

Meanwhile, an FC Twente supporter was spotted hauling a stack of 48 pints around during their Eredivisie game against Willem II last October.

But he found himself upstaged just a month later by a fellow Twente supporter who took it to the next level with 64.