the Pirates of the Caribbean actor and the British supermodel started dating in 1994 after meeting each other at Cafe Tabac in New York City. Johnny—who had recently gotten out of a relationship with actress Winona Ryder—was 31 when he met Kate, who was 20 at the time. The pair frequently made headlines for their romance. “They can’t keep their hands, lips, mouths, legs off of each other,” a friend of Johnny’s reportedly told People in 1994. But their relationship wasn’t built to last. Johnny and Kate went on to date publicly until 1997, though they briefly sparked rumors of a reconciliation in 1998 after they were spotted attending the Cannes Film Festival together in May of that year.

Since their split, Johnny and Kate’s relationship has made its way back into the limelight as a topic of discussion during the What’s Eating Gilbert Grape actor’s defamation trial against his ex-wife, Amber Heard. Johnny and Amber, who married each other in 2015 and got divorced in 2017, filed libel lawsuits against each other for $50 million and $100 million, respectively, after the Aquaman actress published an op-ed in Washington Post describing her experience as a survivor of domestic abuse. While the article did not mention Johnny by name, its contents made it clear that the Fantastic Beasts actor was Amber’s alleged abuser. During her trial in May 2022, Amber alleged in her court testimony that Johnny once pushed his ex-girlfriend Kate down a flight of stairs when they were dating in the ’90s.

Amber made the shocking claim while describing an incident where she punched Johnny in the face after fearing he was going to shove her sister, Whitney, down a staircase just like “Kate Moss.” The alleged incident took place in 2015, when, according to Amber, she and Johnny were fighting on the mezzanine of a staircase at one of his penthouses and her sister de ella stepped in between them. “She threw herself in the line of fire,” Amber said of her sister. “She was trying to get Johnny to stop. Her back was to the staircase, and Johnny swings at her. I don’t hesitate and wait — I instantly think of Kate Moss and stairs.”

the Aquaman 2 actress previously made the same allegation during Johnny’s 2020 defamation trial in the UK, in which he was suing The Sun’s publishers for publishing an article describing him as a “wife-beater.” At the time, Amber suggested that others knew about the incident with Kate. “I pushed Kate Moss down the stairs, I heard this from two people, and this was fresh in my mind,” Amber told the British court, according to The Independent. “I reacted in defense of my sister. I had for years been Johnny’s punchbag but for years I never hit him. It was the first time after all these years that I struck him back.”

Amber’s claims have since sparked renewed interest in Johnny and Kate’s relationship, with many now wondering if the real reason why Johnny Depp and Kate Moss broke up has to do with these allegations. For everything we know about Johnny Depp and Kate Moss’ breakup from her—including what the model has said about her relationship from her with Johnny—keep on reading ahead.

Why did Johnny Depp and Kate Moss break up? 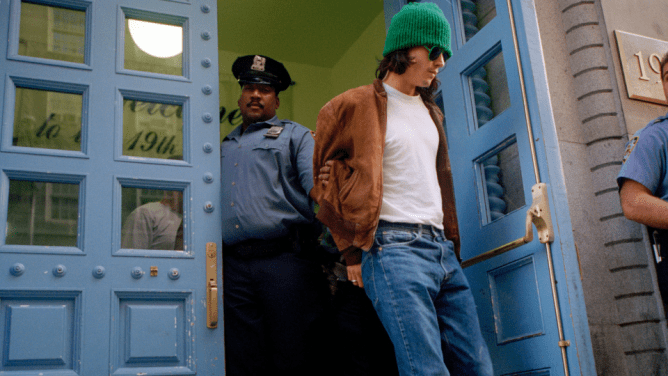 So why did Johnny Depp and Kate Moss break up? Like many couples in Hollywood, Johnny and Kate were frequently pursued by paparazzi throughout their relationship, and there was often no shortage of headlines about the pair. However, some sources seem to hint at the real reason behind Johnny and Kate’s split more than others. Among them? Reports surrounding Johnny’s arrest in 1994.

In September 1994, ahead of the release of Johnny’s film Edwood, the actor was arrested for criminal mischief after an intense fight with Kate at the Mark Hotel in New York City. By this point, the couple had already made headlines for holding screaming matches at each other in public, per People, and Johnny’s arrest was the culmination of one particularly messy argument. The actor and model completely trashed their hotel room. When authorities arrived, they found Johnny to be “in a state of possible intoxication.” While it’s unclear if Kate was under the influence of any substances, she was reportedly uninjured at the time.

Johnny was taken into custody following the incident, though his criminal charges were eventually dismissed in lieu of a hefty bill to pay for the damages incurred at the Mark Hotel. the Fantastic Beasts actor was ordered to pay a total of $9,767—which included $2,000 for the destruction wrought on his hotel room, along with the bill for the rest of his reservation. At the time, Johnny’s friend and director John Waters told People that the actor had an obvious “temper,” but still described the incident as “minor.” He told the magazine, “The room service must have been bad.”

Johnny and Kate have never publicly addressed this incident together, but it’s safe to say that the intensity of the situation could certainly prompt even the most chaotic of couples to reconsider where they stand. While the pair would ultimately stay together for another three years, it’s possible that this fight was the first in a series of incidents that led them to their breaking point. Keep on reading ahead for what Johnny and Kate have said about their split since then.

What was the real reason Johnny Depp and Kate Moss split? 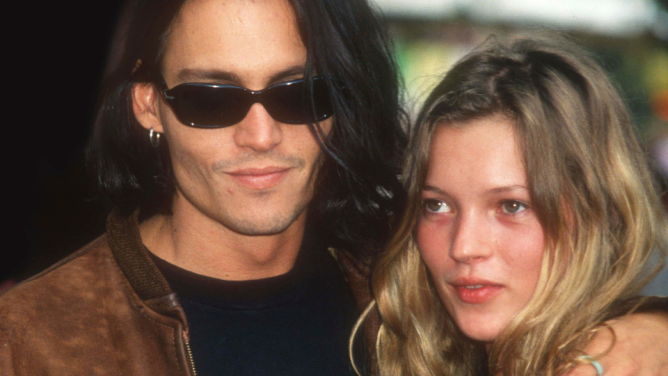 Back in 1998, Johnny addressed the real reason for his split with Kate during an interview with Hello magazine. The actor blamed his own temper for their breakup, taking full responsibility for the end of their romance. “I have never got that emotional over a woman before,” he shared with the magazine at the time. “I have been so stupid because we had so much going for our relationship. I’m the one who has to take responsibility for what happened—I was difficult to get on with, I let my work get in the way and I didn’t give her the attention I should have done.”

At the time, Johnny also revealed that his intensity over his career negatively impacted his relationship with Kate. “The whole thing was crazy because I should never have got so worked up over what people had to say about my work,” he told the magazine. “Sure I should care about my movies, but when I get home I should try to leave that stuff behind. I couldn’t do that and I was horrible to live with. Trust me, I’m a total moron at times.”

While Kate has yet to address claims that Johnny pushed her down a flight of stairs during their relationship, the model did open up about their split during an interview with Vanity Fair years after their breakup. She admitted that she raised for “years” over Johnny, and despite their split, she still spoke favorably of the actor. “There’s nobody that’s ever really been able to take care of me. Johnny did for a bit,” she shared with the publication in 2012. “I believed what he said. Like if I said, ‘What do I do?,’ he’d tell me. And that’s what I missed when I left. I really lost that gauge of somebody I could trust.”