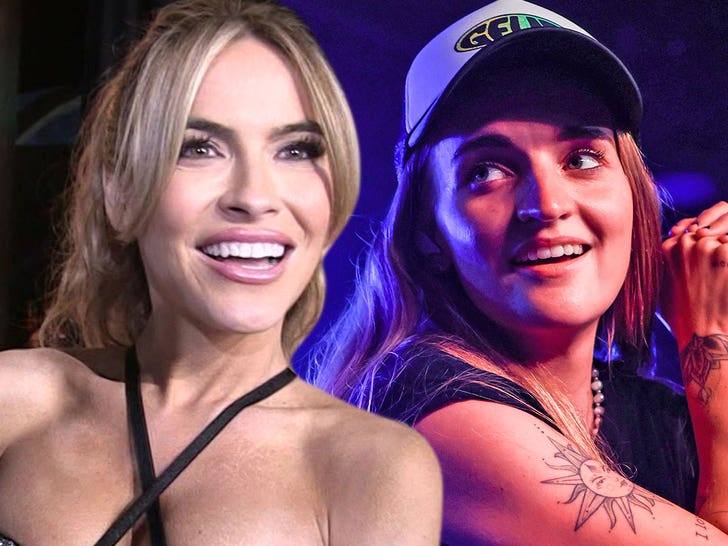 Chrishell Stause is ready to start a family — and the first place she and her new partner are looking is on Facebook … that is, if you take this fake article at face value.

Here’s the deal … the “Selling Sunset” star got roped into some dumb joke posted by comedian Grace Kuhlenschmidt on social media … where she poses as the subject of a phony news article describing how Chrishell and her partner, G-Fliphave adopted her, an “adult lesbian daughter.” 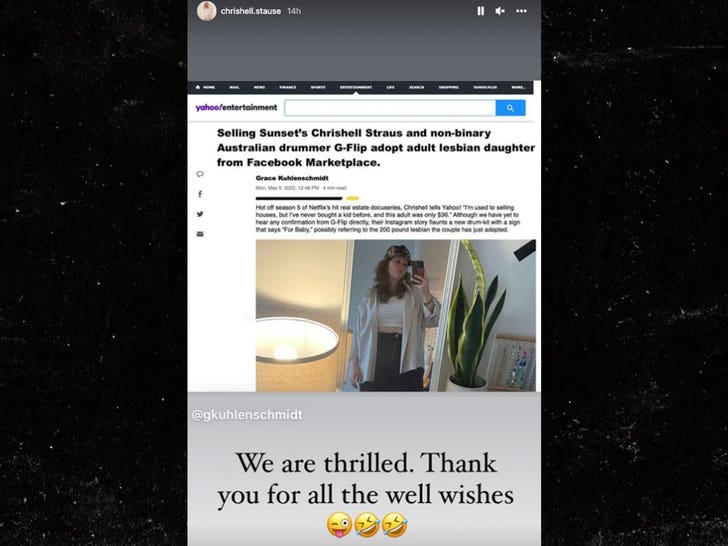 It was totally silly, but the love birds leaned in… each of them responding to Grace’s IG post. GF wrote, “We are so so thrilled. Thank you so much x” and CS echoed that.

After some backlash, though, it seems Chrishell had to clear the air — namely, pointing out that they were all joking around… and that they had NOT, in fact, adopted an “adult lesbian” woman off of Facebook. 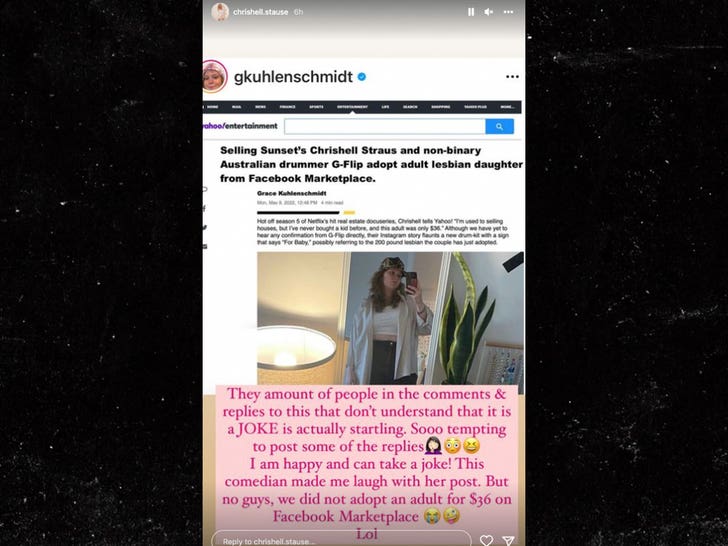 Chrishell writes, “The amount of people in the comments & replies to this that don’t understand that it is a JOKE is actually startling. Soo tempting to post some of the replies. I am happy and can take a joke! This comedian made I laughed with her post.”

She adds, “But no guys, we did not adopt an adult for $36 on Facebook Marketplace. Lol.”

Of course, Chrishell’s snarky response shouldn’t confuse folks … she apparently does want to adopt kids — something she and her ex, Jason Oppenheimwere at odds over before splitting — and referenced as much over Mother’s Day weekend.

As for Chrishell and G Flip — they’re still going strong, it seems. 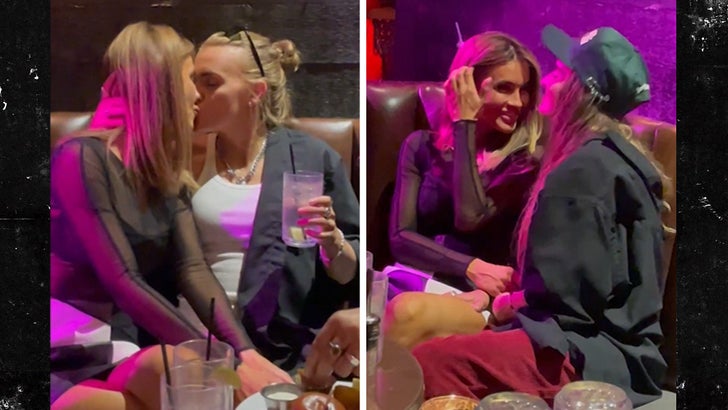 Like we told you…they recently went public with their relationship, and look quite happy. Anyway, back to the fake adoption news — literally much ado about nothing. Carry on.